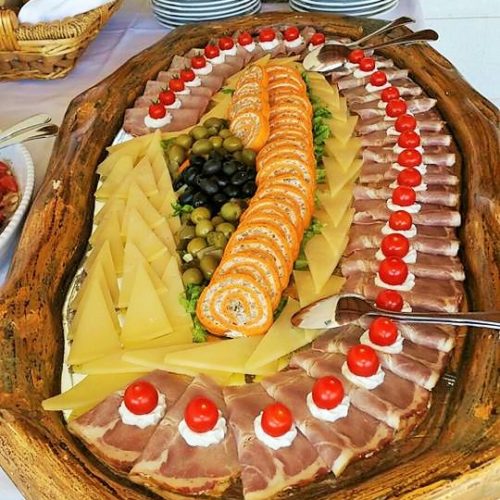 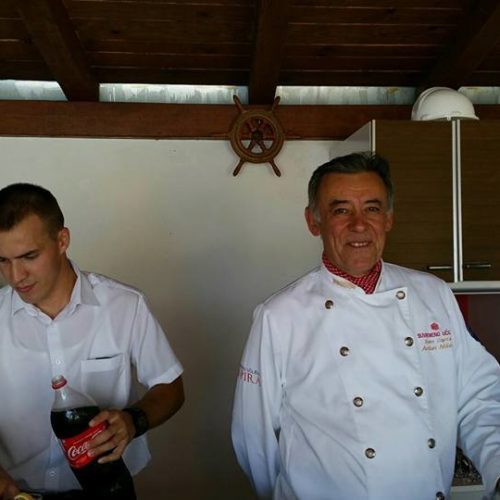 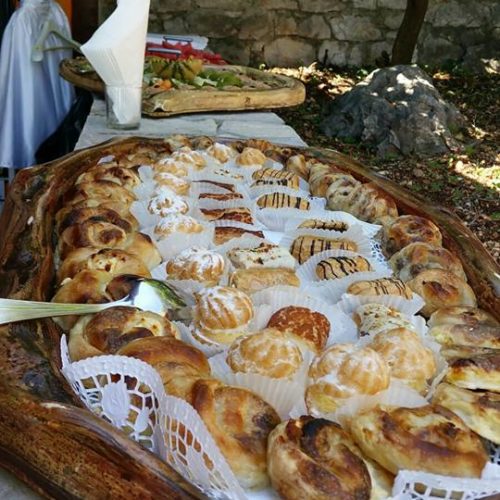 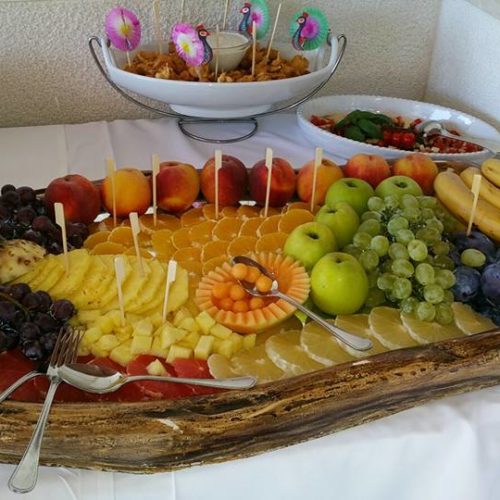 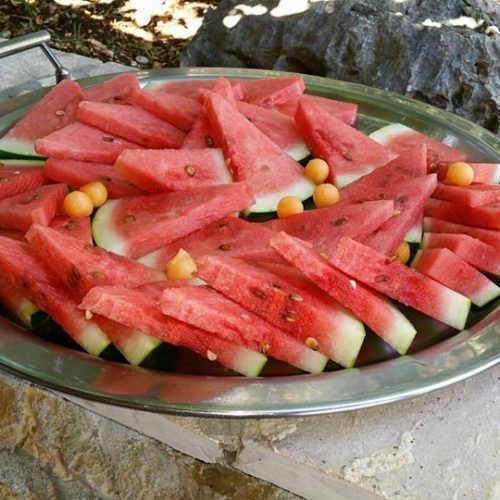 Characteristic of Dalmatian coastal cuisine is its digestibility and simple preparation. The secret of the fabulous taste of fish, meat, or other cooked dishes lies right in that. Yet the idea that simplicity means everyone everywhere could prepare them would be deceiving. The tradition of grilling and roasting fish and delicacies of the sea in this region has been carried on from generation to generation, whereby the proper grilling technique often depends on the type of wood or wood briquettes chosen to do the grilling. In addition to this come the tantalizing Dalmatian olive oil, grilling technique, and the particular taste of the fish and delicacies of the sea. This is what leaves every guest, once they have tried it, with unforgettable memories to take back home.

Nevertheless, no matter how much you eat in Dalmatia, you´ll hardly gain a pound. Most of the Dalmatian specialties are prepared with very little fat and oil. They are easy to digest and contain many home-grown non-pouted vegetables which grow all the year round thanks to the mild climate. 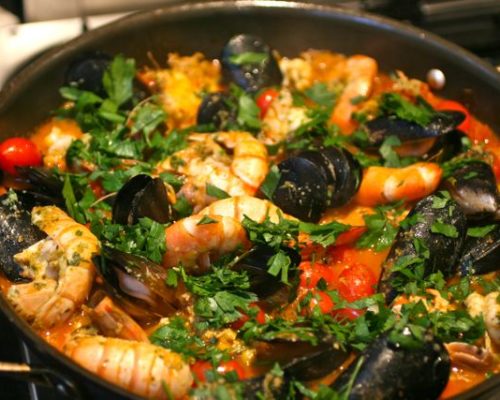 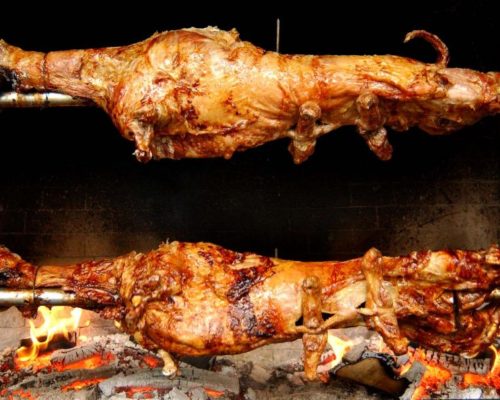 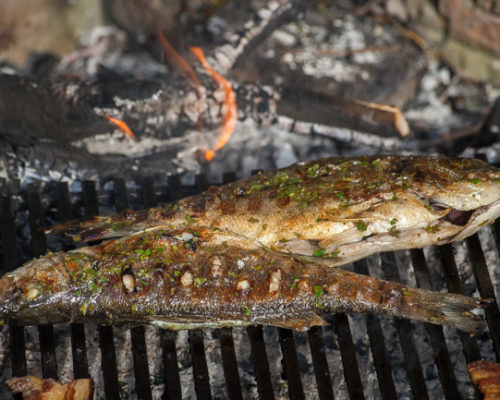 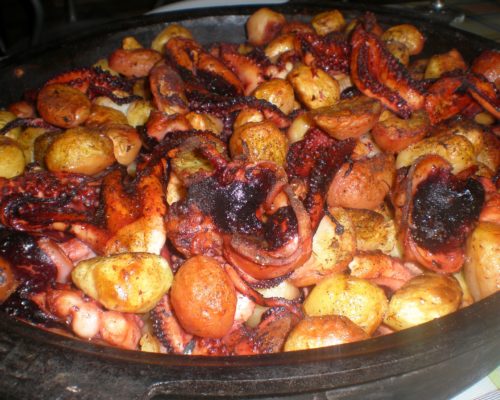 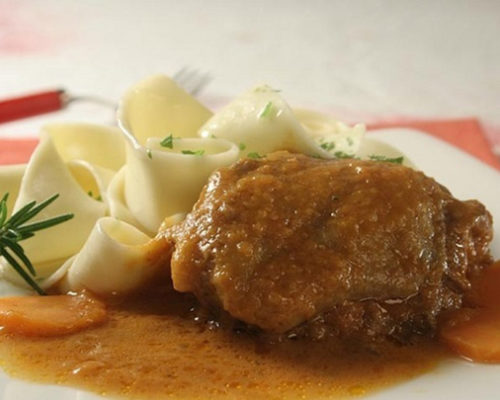 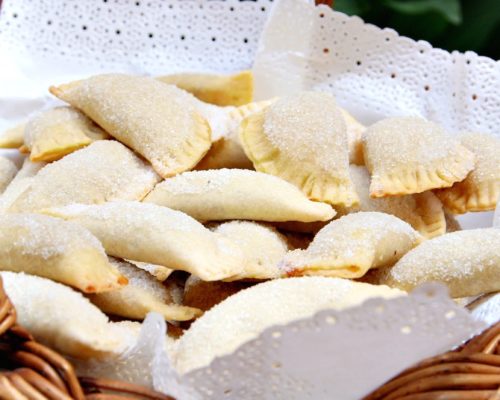 Particularly delicious are Dalmatian “prsut” – smoked ham that is dried in the “bura” (north-eastern wind), best served with sheep-cheese from island Pag.

Mediterranean cusine is the foundation of contemporary way of living. Because of the values it carries, it represents style and existznce of us as a civilization. It is based upon more than thousand year long tradition of nutritional habits of once extremly famous Mediterranean world. Allow us to remind you; the foundation of the Mediterranean cuisine is the olive oil. Olive oil is proven to have defending effects through metabolism on cardiovascular flow, liver and bile duct. It alsa proves growth of children and prolongs life of the elder. Balanced structure of olive oil is the reason why it is recommended both by the nutritionists as well as by the gastronomes, since its organoleptic characteristics enrich the sense of smell as well as of taste. In the end, a man should not have to invent this oil – nature of Mediterranean took care of it.

Fish is prepared in several ways: “na gradele”, “na leso” i “na brodet”. Fish “na gradele” are grilled fish where particular attention is paid to the type of wood used to make the fire and to the adding of aromatic herbs. The fish (the best are dentex and gilthead), cleaned, salted and oiled, are grilled and basted with rosemary soaked in olive oil. The grilled fish are then covered with finely grated parsley, garlic and oil, and is served with vegetables or salad.

“Brodet” is prepared with different types of fish (grooper, conger eel) that are cut into pieces and fried with onions. Afterwards, the fish is placed in a clay pot over a light fire. Garlic, parsley, laurel and tomatoes are added. When the fish become soft and the bones can easily be removed, “brodet” is ready to be served with polenta – fine yellow cornmeal cooked to a mush.

Mussels, oysters and scampi are prepared “na buzaru” in Dalmatia. They are placed in a pot and covered with grated parsley, garlic, bread crumbs, salt, pepper, wine and oil. They are left on the fire in their juices until their shells open. They are served in their own juices with bread or polenta.

Dalmatian desserts are made with fruit, dried figs, honey, raisins, almonds, eggs and liqueur. Some of them, such as “rozata” and “fritule” can only be found in Dalmatia. “Rozata” is made with eggs, milk and caramel, and is very popular in Southern Dalmatia. “Fritule” are made with dough, raisins and liqueur, shaped into plum-sized balls and fried in hot oil. “Krostule”, similar to “fritule”, can be found on certain islands. They are made with the same dough but are formed into long strips by skilled cooks and then fried in hot oil.

Dalmatian vines, known since ancient times, are produced from autochthonous varieties of grapes. A photograph of the picturesque vineyard close to Primosten, where the autochthonous grape variety used to produce the “Babic” red vine grows, can be found in the lobby of the United Nations building. In northern Dalmatia you will be served “Babic”, “Merlot” and the rose “Opol” produced in Sibenik vineyards. On the Peljesac peninsula, known for its vines, you can taste the world famous “Postup” and “Dingac”. Every island has its own vines and vinemakers. “Bolski Plavac” and “Bolski Opolo” are produced on the island of Brac, while on Hvar, the islands with the most varieties of grapes, you can try “Faros, “Ivan Dolac”, “Zlatni plavac”, “Bogdanusa”, etc… Three excellent white vines “Posip”, “Marastina” and “Grk” and red vines “Plavac” and “Admiral” can be found on the island of Korcula. The island of Vis is proud of its “Vugava” , while the island of Lastovo is known for “Ladesta” and “Augusta insula”. Some of the main characteristics by which they can be recognized is their strong taste with little bit more alcohol than most of vine drinkers are used to taste. Apart from the above mentioned wines, another Dalmatian specialty is “prosek” – sweet liquor made from grapes.

Any cookies that may not be particularly necessary for the website to function and is used specifically to collect user personal data via analytics, ads, other embedded contents are termed as non-necessary cookies. It is mandatory to procure user consent prior to running these cookies on your website.