TROGIR (TRAGURION) was settled by the Greeks in IV-III century BC during theirs hunts across Mediterranean . In the First century AC, Trogir became Roman municipality “TRAGURIUM CIVIUM ROMANORUM” joined to Salona, center of Roman province of Dalmatia . Upon the fall of the Roman Empire in Fifth century, Trogir has been developed as a independent town. In the Sixth century, the Croats settled in Trogir area and began creating works of art. Right from the beginning of the Middle Ages the old Greek town of Tragurion felt the fire of the new medieval culture. Builders and masons built churches and decorated it with interlaced ornamentation. During the Tenth century citizens of Trogir renewed they old municipal life of the formal Roman “oppidum”. In their struggle against the Venetians, the kings of Hungary got Trogir to their side in return for a guarantee of Independence . Its citizens could freely elect their city leaders and, already in the Eleventh century, the small community crowded on the fortified islet, had its own Bishop who was suffrage of the Bishop of Split. 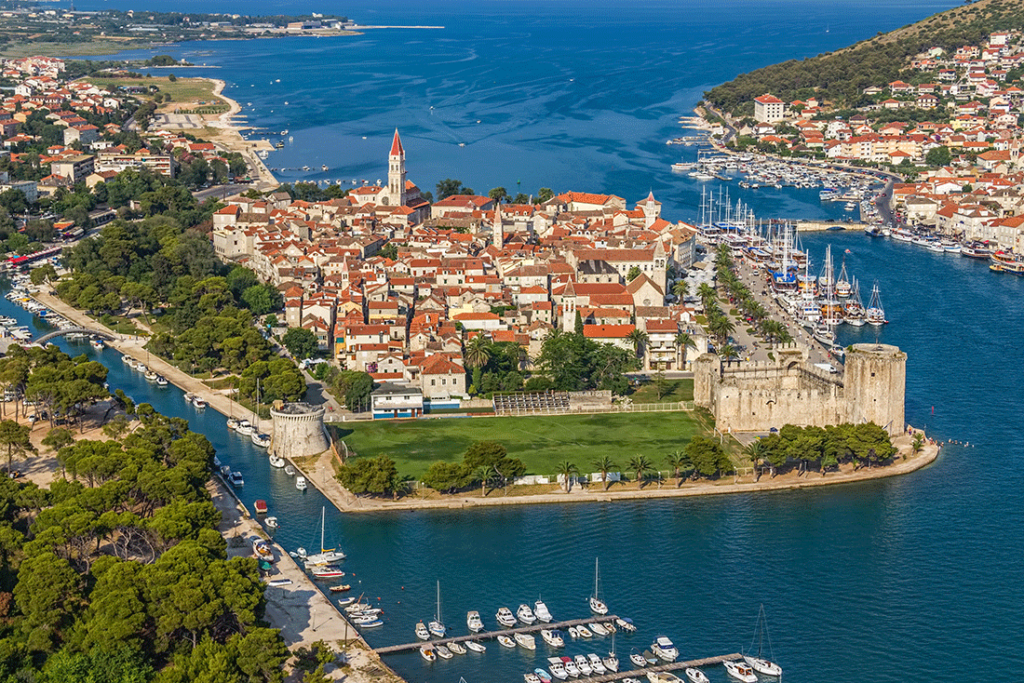 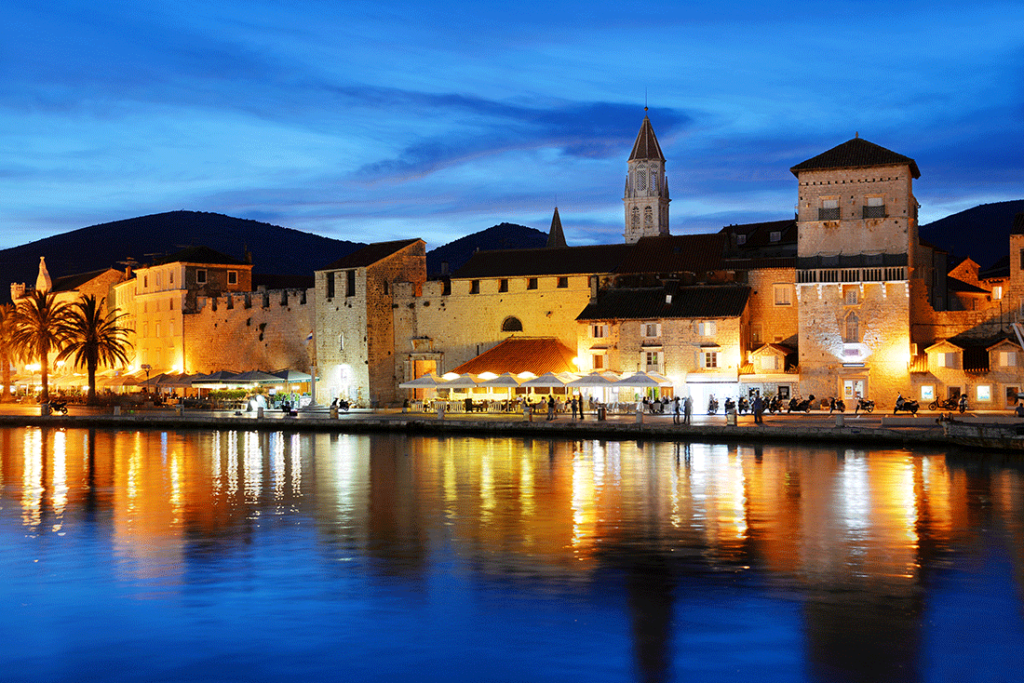 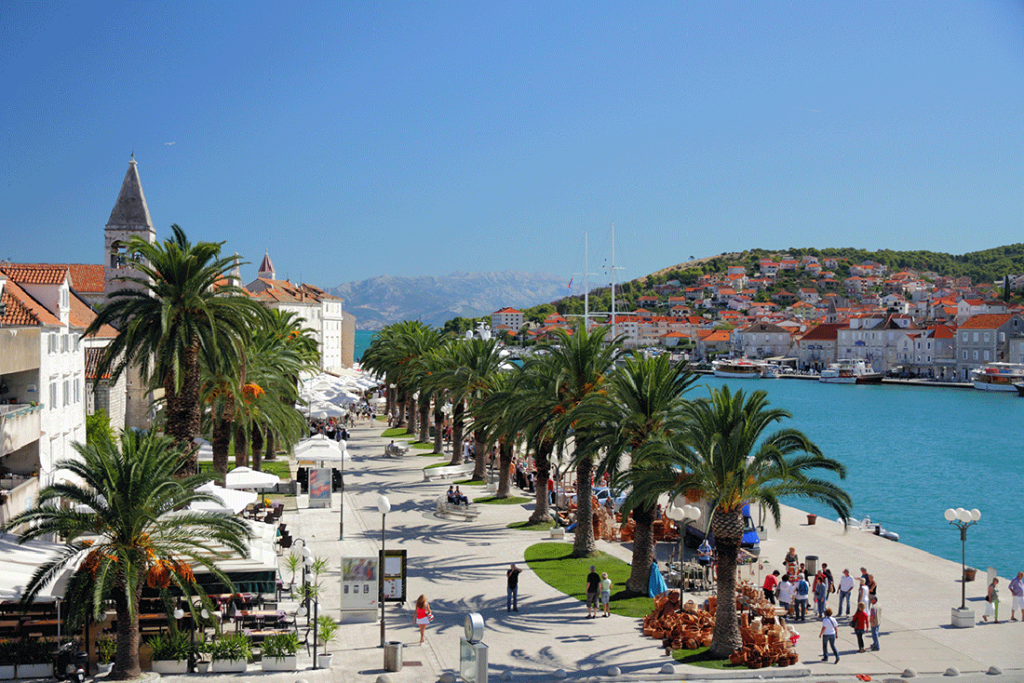 At the beginning of the 13th century, while they were still recovering from the raids of the Venetians, who had attacked them in 12th century during their war with Hungary for the attractive Dalmatian coast, Trogir citizens under Rector Ilija from the Kacic family built their new cathedral. Forty years later, RADOVAN carved its main portal in Seget stone. Prospect of Trogir was brutally interrupted 1420. when town was occupied by Venetians after long struggle, and it was badly devastated. Occupation lasted for almost four centuries, until 1797. During that time, Trogir was rebuild again and many new palaces, houses, towers and fortresses were erected. After short period of independence, Trogir had fallen under Napoleon’s domination which was remembered by significant communal and health – care reforms, and modernization of economy.

Austrians conquered town one more time (1814 – 1914) when citizens suffered illness, epidemics and hunger. After 1848, process of democratization started, and very shortly, 1877, Croats were rulers in their town. After First World War, Trogir, together with Croatia , became a part of State of South Slovenes , but agony of hunger and indigence wasn’t finished. Real improvement of standard and the way of life started in 1970-ies when Ship industry and 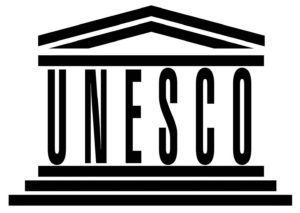 tourism were employing more then 50% of Trogir citizens. Further development was interrupted by aggression on Croatia 1991, when people of Trogir and its economy suffered serious consequences. Ongoing integration processes in European Community started with UNESCO’s acknowledgement of Trogir as a World cultural Heritage in 1997. Now, on the beginning of the new Millennia, Trogir becomes popular tourist destination as it was in ’80-ies.

Any cookies that may not be particularly necessary for the website to function and is used specifically to collect user personal data via analytics, ads, other embedded contents are termed as non-necessary cookies. It is mandatory to procure user consent prior to running these cookies on your website.